Chapter eight begins with Merry waking up to a soft voice calling her name. It’s Jeremy. She asks him to turn off the light, and when he does, she’s surprised to find that it is still dark outside. They had fallen asleep near dawn. She asks Jeremy how long she’s been asleep. Jeremy lets her know that it is now 8pm, after dark. And Roane is gone – he left after waking to the sea that called him home, without saying goodbye to Merry, knowing full well he’d never see her again.
Jeremy tells her that no one seems to be after her yet, however he has found that the sluagh, the Host, is after her. The sluagh was a rude name for any lesser Unseelie fey, formally called The Host. Merry becomes somewhat suspicious that Jeremy used the rude name for them.
Merry showers quickly to remove any final traces of the magic oil from her, and within twenty minutes she’s ready to head to the airport to escape LA, but of course before we could do that, there’s gotta be a great talking scene between Merry and Jeremy.
Jeremy expresses that he’s upset he was never able to figure out Merry’s great secret. He is a very powerful magician who can typically see through any illusion, and Merry was able to hide from him. This angers him, that Merry is stronger than he. He’s mad that Merry is an Unseelie sidhe, as they never accepted him into their court after he was cast out of the trow lands. He is blaming Merry for a centuries old grievance, and he wants to hash it out with her right now. 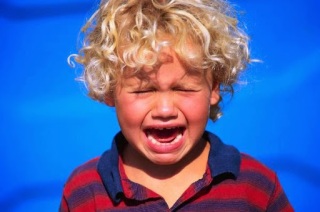 I have a feeling all the characters in this series act like this 100% of the time.
They eventually realize that Jeremy is under some sort of spell of distrust, which means that the Host is getting closer. Merry uses her powers to search for the Host, to find out exactly how far away they are and how much time she has to escape, and finds that they are still miles and miles away. She has time still.

Jeremy offers to help get her to the airport, but says that he cannot aid her magically, as he cannot break sidhe magic. Merry asks about the spiders he sent to help her from Norton, and Jeremy says they were not his. Merry now has no idea who sent the spiders.
They hop into the van where Uther and Ringo waited. Ringo had been a gang member in LA who betrayed his fellow gang members to the sidhe after the sidhe promised to turn him into a fey. He got his wish and now worked as a bodyguard for Gray’s.
The chapter ends with them driving to the airport.
Characters Introduced:
Ringo: tall, wolf-looking features. Formerly a LA gang member who aided the sidhe in massacring his fellow gang members after the gang had attacked the sidhe. Turned his life around and works as a bodyguard for Gray’s.
Themes Introduced:
The Host/sluagh: lesser fey of the monstrous type. Currently after Merry.
Sex: no