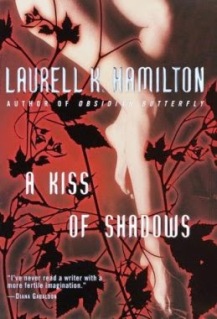 Chapter 11 begins with Sholto propositioning an alliance between he and Merry. Merry is the third in line to the throne of the Unseelie Court, so he says it is natural to want to join with her. Merry calls bullshit on this reasoning – the only reason she’s still even in line for the throne is because before Merry’s father, the queen’s brother, died, he forced the queen to swear an oath that she would not stand in Merry’s way to the throne. Otherwise, Merry knows the queen would have her disqualified in a heartbeat on the basis of her mortality alone. Also, Merry has no magic of her own, no hand of power, and this lack of magical ability would prevent her from ever having the power to rule.
Sholto says those are all valid arguments, but he still wants to join with her as he knows the queen loathes him because of his mixed blood because of his father’s bloodline, the nightflyer in Sholto. Until Sholto was born, the sidhe genetic traits always were dominant with all lesser fey traits recessive. Sholto was the first born with a glaring lesser fey “deformity”. Sholto was raised with his father’s people, the nightflyers, and the first time he saw another sidhe, the first time he saw his mother, was because Black Agnes, the night hag, had taken him into the forest one night. They happened across Sholto’s mother having sex with another sidhe in a clearing in the forest. That was the first time Sholto saw the sidhe glow in their pleasure. That is when he realized he did not belong with his mother’s people, the sidhe, or his father’s people, the nightflyers, because he wasn’t truly either.
And because Merry also does not belong fully in Faerie, due to her mixed blood, he feels that they would make an excellent alliance, both politically and sexually.
He explains to Merry that he is King of the Sluagh, and the queen cannot afford to lose her alliance with them. Because her need of the sluagh is more necessary than the oath he swore when he became a Queen’s Guard, Sholto believes that the queen would not react if he broke the oath.
Sholto wants out of the Queen’s Guard so badly he’s willing to align himself with Merry, a powerless sidhe royal, as not to become only the queen’s “perverse creature”, the queen’s nickname for Sholto. The queen is repulsed by Sholto’s body, by his mixed blood, and thus will not bed him. She instead uses him as a threat to Faerie to help her keep power, but she still holds Sholto to her oath, so he is never allowed any sort of release with another sidhe. Sholto wants out of this, he wants out from under the queen’s control, and to do so he must align himself with Merry.
Sholto admits that he was sent to LA to not capture but simply kill Merry. He gives Merry his oath that he means her no harm, and even if she does not accept his offer to form an alliance, he will leave her be. Merry remarks that he seems so sure of himself, that the queen will leave him/them alone if they break the queen’s oath or if he doesn’t kill Merry. Sholto reiterates how badly the queen requires the threat of the sluagh. Without the sluagh backing her, Queen Andais (yes, this is the first time her name is mentioned in the book so far!) will not be able to keep her threat. She will lose what remaining power she has over the Unseelie. And her son Cel, the Unseelie Prince, will take over the Unseelie Court. He lets Merry know that if that were to happen, it would not be good. “It will be like Caligula after Tiberius.” He says. 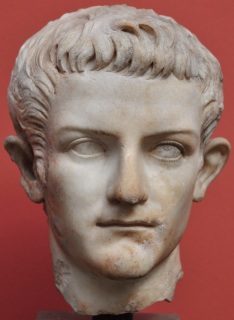 Caligula looks a bit like Joffrey.
Merry tells him that his offer of an alliance is rather unexpected, and she would like a day to think on it. She stares at Sholto, taking in all his sidhe beauty – he stands about 6’ tall with a strong face and a wide jaw. His hair was white, thick, and worn in a straight ponytail down his back to his knees. His shirt was unbuttoned to his chest, which Merry found pleasing, but she knew what lay below the chest, the tentacles of his nightflyer genetics. Merry tells him that she will need to see all of him before she can make a decision. Sholto says that if he reveals himself to Merry, he wants her to return the favor. 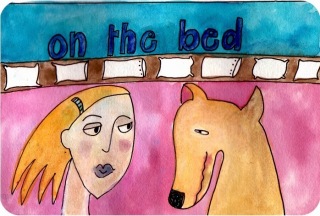 This image popped up when I google searched “I’ll show you mine if you show me yours” and I’m just too fucking confused.
Characters Introduced:
Queen Andais: Andais has already been introduced, in title only, but now we have a name! Several chapters after she was first brought up, because tension.
Prince Cel: Andais’s psychotic son, second in line for the throne
Themes Introduced:
The queen is losing power and without the sluagh as her threat, she will surely lose the throne to her son, which would not be good.
Sex: TENTACLE SEX FORTHCOMING 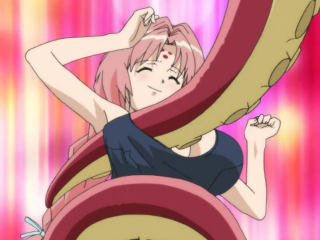